💜HER REP SEARCH starts today💜 I am looking for a few reps to join @emilys_book_corner and @sammys_shelf for the months of March, April and May . What you will get: Two rep packages one at the start of your rep period and one half way through. Each rep package will contain two metalmarks and a paper bookmark currently in stock. I may look at sending unreleased metalmarks/merch out before pre orders alongside the rep packages. You will also get a 10% rep code to your share with your followers . What I would like from you: To promote sales, pre orders and new designs from my shop and to share a rep code to your followers . How to enter: 💜 Follow me and like this post 🌍 Share this graphic in a collage with 5 pictures you are proud of and tag me 💜 Comment below and tag a friend who you think should enter 🌍 Tag your photo #herrepsearch so I can find you 💜Open Internationally 🌍Ends on 6th March. Reps will be announced on the 7th . . #repsearch #etsyseller #bookmerch #bookishmerch #smallbusiness
I’m reading again thank god. Definitely won’t complete my challenge for this month though but I’m thoroughly enjoying my current read 😍 . How do you guys decorate your shelves? . . . #bookshelf #shelfie #shelves #bookshelves #library #bookgram #blogger
It’s the last day to pre order this metalmark guys just to let you know ♥️ . Are you guys playing any fun games? I started playing Overcooked 2 with my sister and I’ve got TemTem on my computer I’ve been playing a little bit. I can’t wait for the new Animal Crossing 😍 . . . #metalmark #throneofglass #manonblackbeak #witch #witchling #designer #coven #smallbusiness #etsyseller
🌟🌟HUGE RESTOCK 🌟🌟 Back in stock are Stars Answered, Words in Steel, Against the Night, Forget to live and Serpent & Dove metalmarks. The Thirteenth Witch is still available to pre order but it ends tomorrow 😍 . I am looking at doing some generic designs soon what bookish quotes would you like to see that aren’t fandom related? . . . #aurorarising #brandonsanderson #acotar #harrypotter #serpentanddove #manon #mistborn
It’s finally shipping day. All the Serpent and Dove and ACOTAR inspired metalmarks will ship Monday (no post on Sundays). My order from my supplier finally arrived so I’ve done a huge restock of five designs which you can see on my shop. I spent all morning packing up over 40 orders and I loved it 🥰 . Thanks so much for investing in me and my designs and thanks so much for your patience. I’m so sorry for the huge delay 🖤 . . . #smallbusiness #etsy #metalmark #metalmarks #etsyseller #bookblogger
Hello lovelies. In case you missed it The Thirteen Witch Metalmark is available to pre order. This is inspired by everyone’s favourite blood thirsty witchling . Manon is one of my favourite characters ever despite the fact I don’t like the throne of glass series. Can you name a character you love from a book you weren’t that fussed about? . . . #manonblackbeak #throneofglass #fanartwork #witch #witches #witchling #bookblogger #smallbusiness 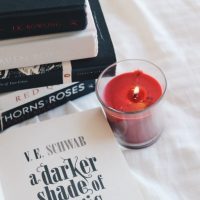 DISCLAIMER: Spoilers for the Shadow and Bone Trilogy are below. Do not read if you have not read these books.

I should start by saying that I was intending to write full book reviews for Siege and Storm and Ruin and Rising. What happened was I binged read both books in one night and I felt I couldn’t do a review justice as I didn’t really give myself time to reflect on the second book before I launched into the third.

One of the first things I wondered about when starting the series was why the romance hadn’t been spoilt for me yet. Bookstagram being Bookstagram all the major romantic relationships usually get spoilt by one way or another, but this didn’t happen with this trilogy and I was suspicious as to why. Obviously this could have just meant that there was no main ship or that it ended badly for the couple, but I didn’t think so. For whatever reason I got the impression people weren’t that invested in the relationship in this book and now I know why.

This trilogy set up three possible and completely different endings for Alina.

For me the most interesting direction was for Alina to end up with the Darkling. They had more chemistry, and I felt more in common. Just to be clear I don’t want Alina and The Darkling together so Alina could fix him and redeem him, I just felt like they two sides of the same coin. Alina would have balanced The Darkling and reading this story line for me would have been far more interesting.

The main problem I have with Malina is that Alina had to become less of herself in order for it to succeed. I think ending up with Mal the book tried to send the message that Alina was always a strong individual and she didn’t need her power to make her strong or to define her. This would be great except for the writer often described how sickly, weak and basically ugly Alina was when she wasn’t using her power and being true to herself.

That power is part of Alina and removing it at the end I think was a disservice. Particularly when you consider that Mal couldn’t stand Alina being more powerful and useful than him, several times he said he wanted the old Alina back. Which was infuriating given that before her power Mal didn’t appear to look twice at Alina and was quite happy being the popular soldier and ladies man.

The book ending with Mal and Alina reverting right back to who they where before, all the development and characterisation was lost. As a reader it was definitely frustrating to see more interesting avenues go unexplored and completely abandoned in favour of a more simple yet sweet ending.

What Rebecca's Read
Never Judge a Book by it's Cover

Looking for magic in the pages of books.

Searching for a cup of tea big enough, and a book long enough