I WILL finish Kingdom of Copper this weekend but I’ve been so distracted and I keep posting I will carry on reading in the hope it will force me to. I did finally see some progress on my weight loss. About two months ago I bought a cross trainer and about three weeks ago I started making a conscious effort to eat better. It’s hard to force myself to go on the cross trainer everyday but I look forward to doing my ab workout every night which I do straight after 30-40mins of cardio. This is a huge lifestyle change for me as I’ve genuinely never made a conscious exercise to be healthy. I’ve put myself on diets before but exercising is very new to me 💜 . . . #kingdomofcopper #cosyreads #booklover #bookstagram #cosyvibes #cosyevening
I really need to refocus on reading. I have a good week and then about 6 bad ones 😬 So I am going to dedicate this afternoon to reading hopefully 🤞🏻 . Does anyone else have a problem focusing? It’s not that I have a short attention span but if I abandon something I rarely go back to it even when I should. A lot of times I start designing something, get stuck or uninspired and then leave it. Or I can literally binge 10 seasons of a TV Show but then randomly on the last season/latest season I’ll just drop it 😆 then there’s books that I’ve abandoned and not because I purposefully DNF but just because I stopped one day and now I can’t get back into it 🙃 . . . #booklover #booklove #bookinspiration #bookinspired #bookstagrammer #metalmarks #herpaperworld #goldasthetic
What does being productive look like for you this week? I’ve cranked out TWO new designs already, organised the sale of lots of book merch as part of my declutter and the house is looking reasonable! . I was thinking of writing a blog post for anyone planning on selling on Etsy in the U.K. as I made a lot of mistakes I think I could help people out! Let me know if this would be of interest you 😍 . Speaking of Etsy I restocked recently and I have TWO Illuminae designs in my shop plus most of the designs in this picture are IN STOCK . . . #bookmerch #metalmarks #herpaperworld #smallbusiness #etsyseller #bookishmerch
FAERIE CROWN and CRESCENT HOUSES metalmarks are back in stock. Super excited to bring Faerie Crown back as it’s not been available all year!! I had a productive day working new designs which I can’t wait to share with you guys 😘 . I polled this on my story but what non-bookish stuff do you love your merch? . . . #metalmarks #crescentcity #faerie #fae #faeriecrown #herpaperworld #bookgirl #bookshelves #bookmerch
Happy Sunday! Did you see my Infernal Angel metalmark is back in stock? . I am just having a chill weekend before designing more new stock this coming week. I was taken off furlough for two weeks so I’ve been busy WFH and haven’t had much time 😂 . I am currently reading Kingdom of Copper and I’m super jealous of the May illumicrate book. Let me know if you’re selling 😍 . . . #infernaldevices #clockworkangel #clockworkprincess #yalit #bookshelfie #herpaperworld #metalmarks
HUGE DISCOUNTS NOW AVAILABLE ON PAPER BOOKMARKS. All these designs and more are discounted down from £1.99 to just 20p 🤩 . I am getting to work on some bookish but none fandom related metalmarks in the next week. I just hope I can make them look like I have pictured in my head 😂 . Check out my Etsy shop today for these designs and more ♥️ . . . #bookmark #sjm #tog #acotar #velaris #nightcourt #always #harrypotter #bookmerch #discount 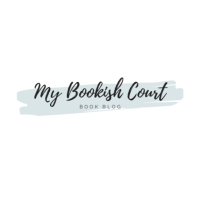 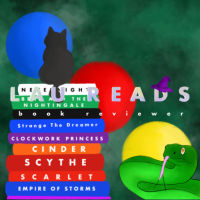 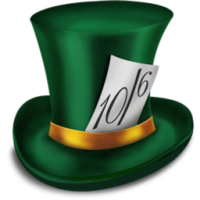 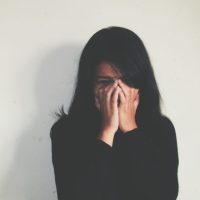 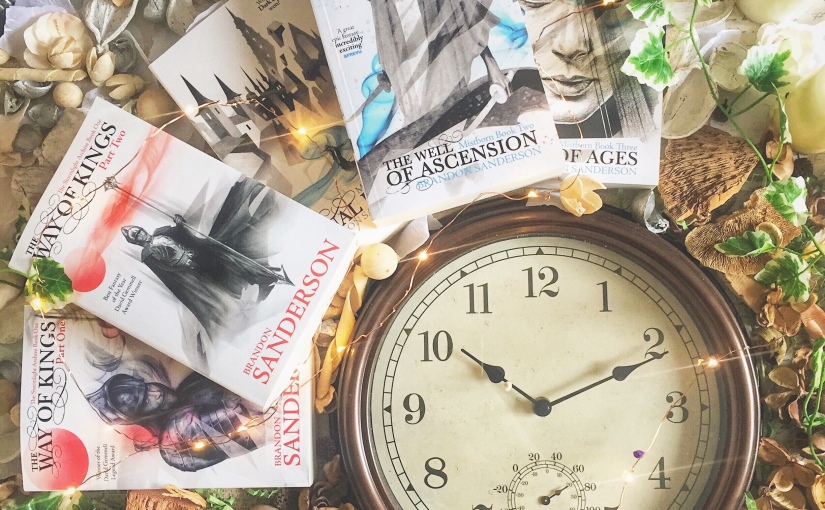 I’d like to start this post by saying that I’m a notorious procrastinator and my free time is very limited. This is a very bad combo when it comes to loving and reading books. I have a tendency to start a series and then for some reason completely abandon it for a year and I can never remember how or why I didn’t finish. Hopefully this post will actually help me as I can see what I need to finish and make a start on. First off… 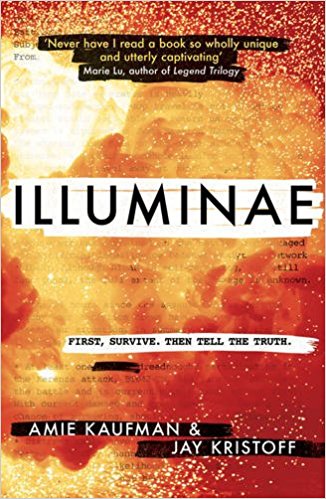 This is the one I feel most guilty about. I loved A.I.D.A.N and apparently Gemina is the best one in the series but for some reason I just never finished reading the rest. I have pre-ordered two copies of Aurora Rising and have the arc so I’ll probably try and binge this series and that book all in one go. 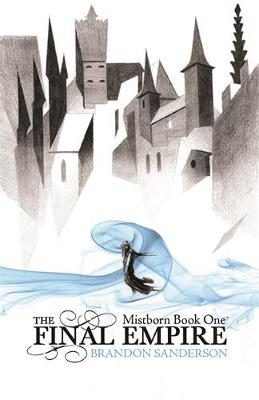 I picked this up in January and I was meaning to read the rest but then life happened and I decided to work on reading Muse of Nightmares instead. Like Illuminae I’ve been told the second book is better and after what goes down in the first book I am really curious to see where this series will go. SPOILER: The first book reads like an entire trilogy and I was GOBSMACKED with how it ended. 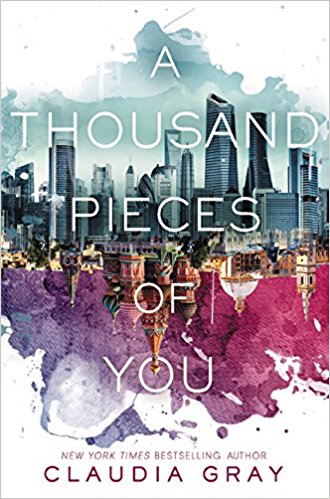 I read the first two books last year when I borrowed them from the library. I didn’t LOVE the books but I’ve been thinking a lot recently I really should find out how it ended. There was a really good twist in the second book that made me want to get the third but I just never did. 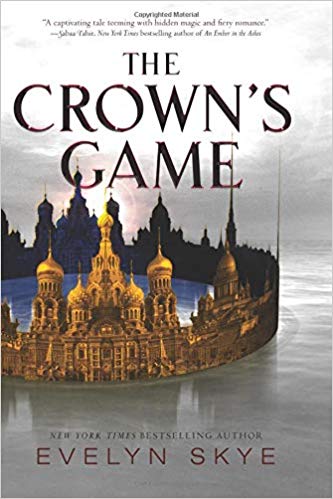 The Crown’s Game by Evelyn Skye

This is another one I didn’t give a very good rating to, but I kind of liked the romance if not the dumb love triangle that was brewing. So I was interested to see how it ended but apparently not enough to pick it up a year and half later.

Comment below a book series you started but haven’t finished! 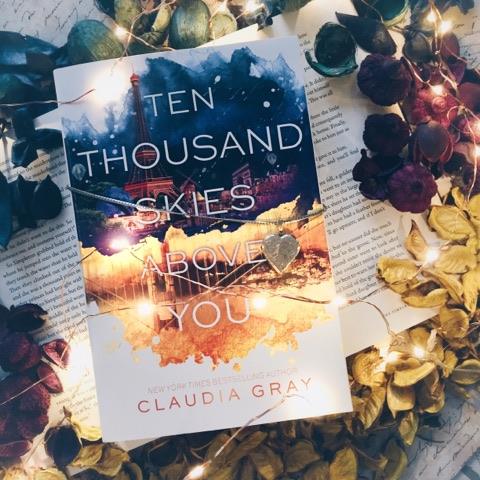 “Ever since she used the Firebird, her parents’ invention, to cross through to alternate dimensions, Marguerite has caught the attention of enemies who will do anything to force her into helping them dominate the multiverse—even hurt the people she loves. She resists until her boyfriend, Paul, is attacked, and his consciousness is scattered across multiple dimensions.

The hunt for each splinter of Paul’s soul sends Marguerite racing through a war-torn San Francisco, the criminal underworld of New York City, and a glittering Paris, where another Marguerite hides a shocking secret. Each dimension brings Marguerite one step closer to rescuing Paul. But with every trial she faces, she begins to question the one constant she’s found between the worlds: their love for each other”

This book was better than the first one for me as Marguerite and Co are finally beginning to think about the ethical implications of what they are doing with the Firebird technology. The far-reaching and wider implications of their actions which I felt weren’t addressed in the first book were finally discussed. Although I still think these amazing scientists should have considered what was glaringly obvious before, I’m glad they are finally realising that what they are doing is pretty messed up.

I would have enjoyed this book more if the plot hadn’t still tried to cling to a non-existent love triangle that has clearly already been resolved. As Paul is pretty absence throughout most of the book it is Theo that Marguerite is spending her time with, cue declarations of unrequited love and weird scenes of them entering an alternative dimension where their alternate selves had just had sex. On the plus side I was getting a bit sick of Marguerite thinking in every universe everywhere her and Paul would always end up together so I think she needed a little dose of reality.

One thing I did love about this book is that Marguerite spends a lot of her time judging other people for the actions of their alternate selves. I thought this is massively hypocritical considering what she got up to in the first book and also pretty dumb to think every version of you is gonna be a decent person. It was nice when she finally learned that with an infinite number of universes and infinite possibilities there are worlds where she herself isn’t such a good person.

I think this book did a nice job of bring a little dose of reality to a young adult fantasy romance. It was an entertaining read and there was a few good twists and turns along the way to that cliffhanger ending.

What Rebecca's Read
Never Judge a Book by its Cover

Looking for magic in the pages of books.